Doodles NFTs: Everything You Need to Know

Venture into the galaxy, find joy, and puke some rainbows! That’s what the Doodles NFT collection offers holders, along with many other features that are well worth discussing.

Let’s explore this cheeky and exciting collection and find out what makes it so appealing to investors and NFT enthusiasts all around the world.

Doodles is a collection of 10,000 colorful and fun NFTs launched in October 2021. The NFTs in this collection are made up of hundreds of different traits designed by Burnt Toast —a.k.a. Scott Martin, a Canadian–based illustrator, designer, animator, and muralist.

Doodles can take many forms —cats, aliens, apes, and mascots— and feature dozens of rare heads, costumes, hairstyles, body shapes, and even piercings. These traits make each Doodle unique and determine their rarity and value.

The utility behind each Doodle NFT is quite an attractive feature to holders. For instance, the project’s roadmap is collaborative: Doodle holders are entitled to vote on community-driven features, products, and fun experiences, which are funded through the Doodlebank, a community treasury that boasts over $5 million.

Also, the Doodles universe is constantly expanding, and so is the Doodles brand. Collectors have exclusive access to the latest products, merchandise, events, and even Space Doodles —the brand’s first step towards unveiling the Doodle universe.

At the latest, on May 6th 2022, Doodles announced the new NFT project Dooplicator, which calls ” a functional piece of doodle machinery with extraordinary powers.” According to the announcement, Dooplicator will be revealed on June 23rd at the NFT.NYC, based on the Doodles official website.

Firstly, the Doodles Dooplicator is a collection of free-to-claim NFTs for Doodles holders. Holders have already claimed 47% of the supply at the time of writing, leaving about 5,300 Dooplicators unclaimed.

Why Is the Doodles NFT Project So Successful?

The Doodles floor price remained somewhere between 1 ETH and 5 ETH for a couple of months after the collection launched. However, things began to pick up in late 2021, when the Doodles team started to tease something new was coming. This caused a significant increase in secondary sales.

After that uptick, the Doodles crew announced the launch of Doodles Space. This announcement, combined with a lot of anticipation and ongoing branding efforts, helped Doodles keep the momentum going, according to Evan Keast, Founder of Doodles. The Doodles NFT collection has surpassed more than 118,000 ETH in sales volume as of June, 13, 2022.

Evan Keast, Founder of Doodles has already worked in Dapper Lab’s CryptoKitties NFT community, so he did have experience and an all star team boost the project to get more tractions in Twitter, Discord and other social media.

Up to date, Doodles has built a successful community with more than 67,000 members in Discord and made a huge success on the first hand. Doodles had brought a wide variety of NFT influencers and celebrities to join the community and made them into Doodles collectors.

The project’s founders are now focused on leveraging their success to make their NFTs affordable and accessible to as many people as possible.

The Team Behind Doodles

This is the Doodle founding team:

Also, Doodles recently announced that former Billboard President Julian Holguin is joining the team as CEO to “expand Doodles IP throughout music, gaming, and entertainment, while deeply integrating culture into the product.”

How Doodles Is Reinvesting Its Funds into the Future of Web3

After amassing considerable success and reaching a whopping amount of over $325 million in sales in just a few months, the Doodles team is now pursuing a more ambitious goal: they are reinvesting their funds into the future of Web3.

Evan Keast recently stated in an interview that they are working on building a superstar Web3 team —from 3D animators to developers— to become competitive in the space and scale their efforts.

Though many avatar projects promote themselves as community-centered, Doodles appears to have been all about empowering their community from the start. Owning a Doodle and voting on community recommendations, as stated on the Doodles website , “makes the roadmap collaborative.” This aspect of the project has become increasingly obvious in recent months, thanks in large part to its voting system and anti-scam/pro-artist culture.

Also, the Doodles team is creating a DAO. Every single Doodles NFT holder can vote on any topic on the project. The entire Doodles ecosystem is essentially one DAO, with each Doodles owner having a say in what that DAO does. Keast explained how the DoodleDAO treasury would work early on, claiming that 1 Doodle = 1 Vote on all DoodleBank decisions.

Doodles are headed to NFT.NYC 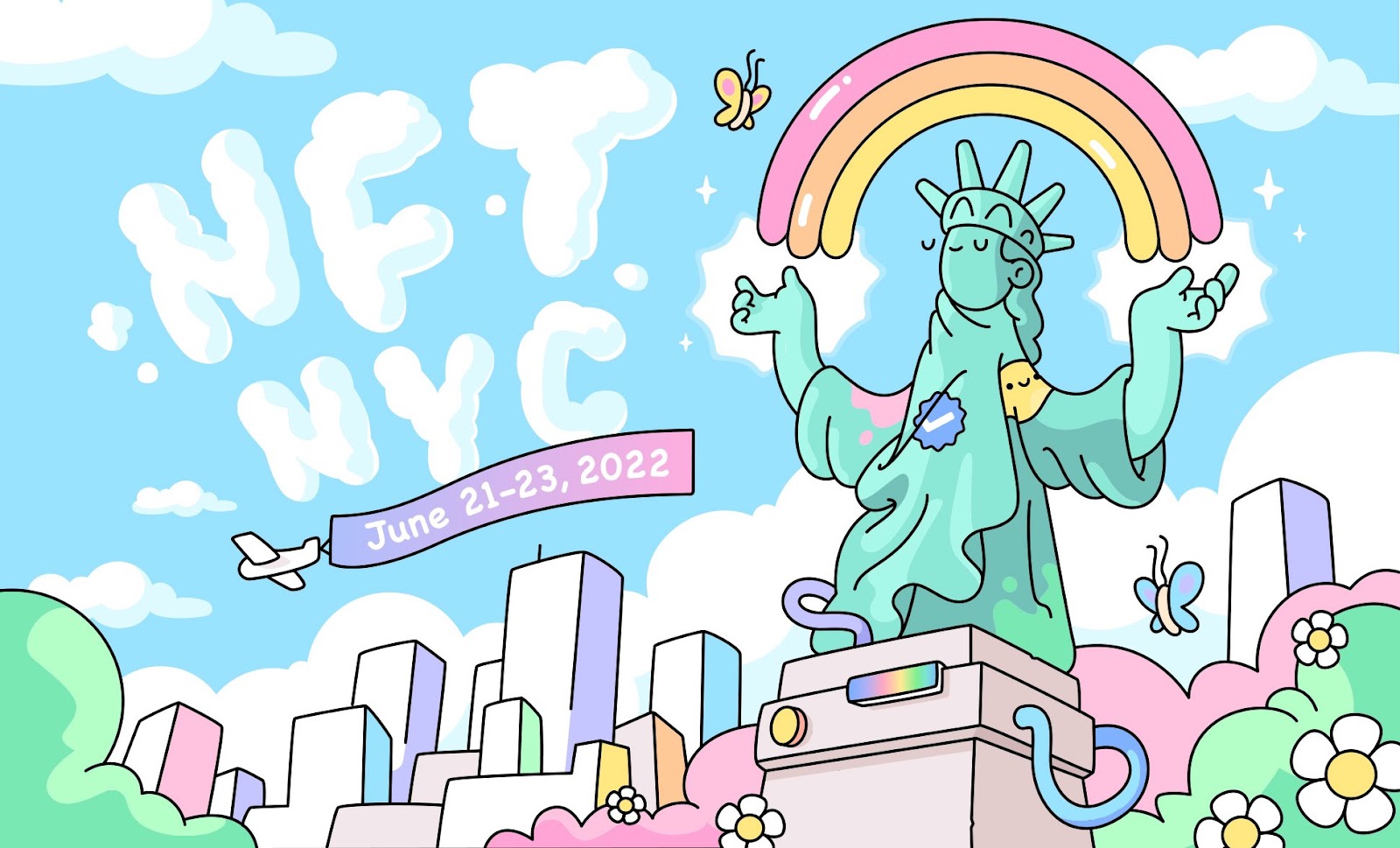 Doodles is hosting an event for Doodles and Dooplicator holders only from June 21 through 23rd at NYC Midtown Manhattan. Please check their twitter account for more updates.

The Doodles NFT collection holds a lot of promise. The Doodle universe is constantly expanding, and the team behind it has ambitious goals for the brand, including promoting greater accessibility to the NFT space.

So, while still uncertain, the future of Doodles seems bright.

Aside from the potential for growth, it is important to recognize that the crypto and NFT markets are volatile. Furthermore, it may be some time before Doodles, or any other NFT brand, becomes fully widespread. Of course, assuming it ever happens. On the other hand, hundreds of thousands of people have joined the NFT ecosystem. For the time being, those figures are increasing.