Elon Musk Buys Twitter: Everything you need to know

A couple of statements from Elon: 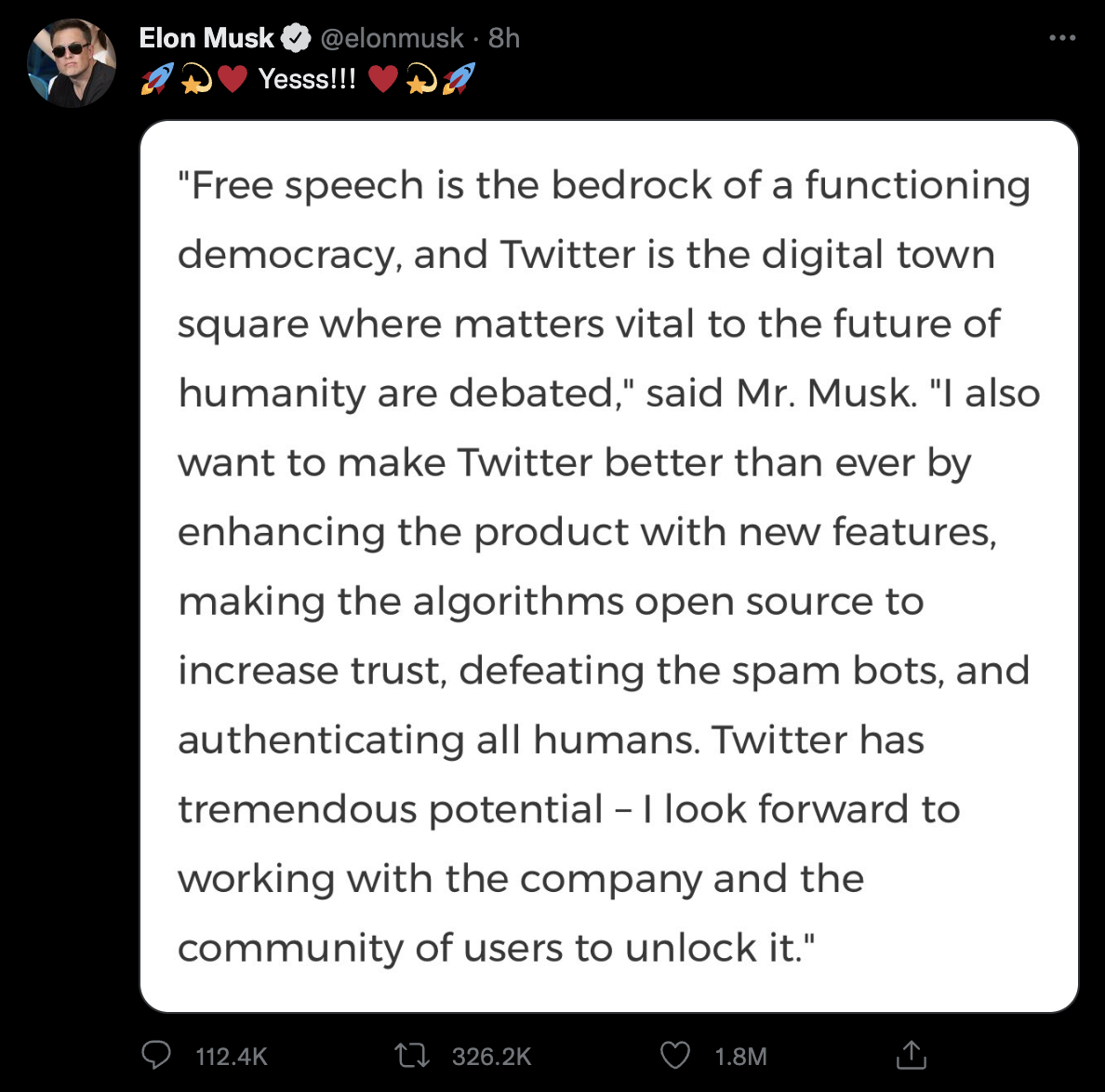 “Free speech is the bedrock of a functioning democracy, and Twitter is the digital town square where matters vital to the future of humanity are debated,”

“Twitter has tremendous potential — I look forward to working with the company and the community of users to unlock it.”