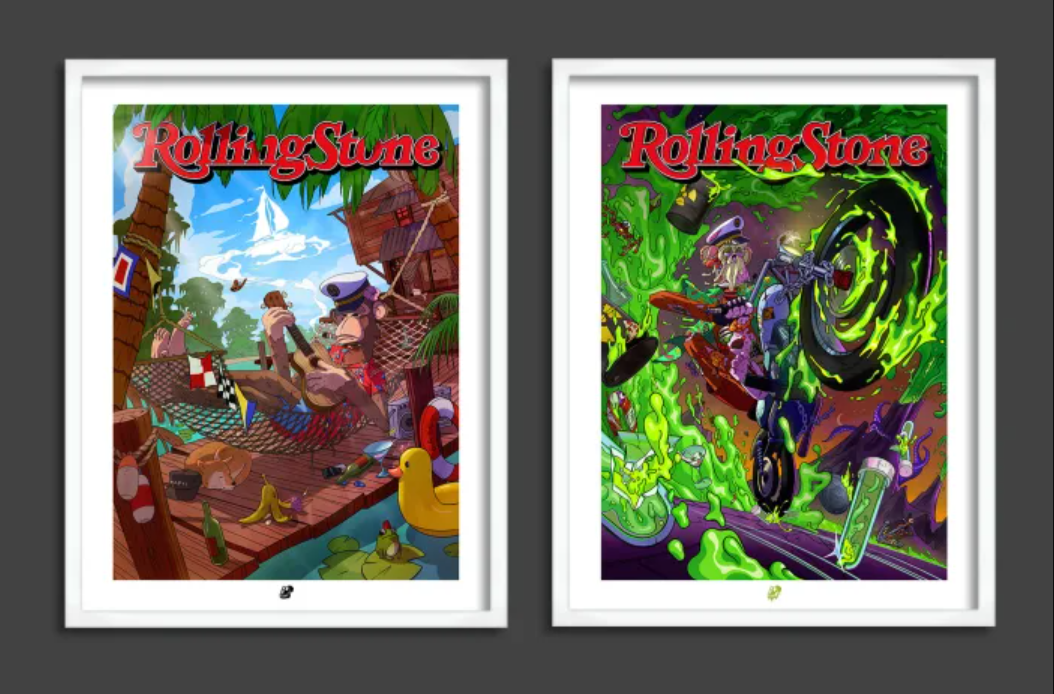 All about the latest Rolling Stone x BAYC NFTs

On June 22nd, the Rolling Stone x BAYC prints and NFTs became available for purchase. Two actual prints went live on the BAYC store at that moment. In the meantime, OpenSea launched the auction for the two 1/1 NFTs. Notably, the prints and the NFT auction both used APEcoin as their primary currency.

The subject of the two works of art is Curtis, the unofficial ape mascot of BAYC. On the dock of the Bored Ape Clubhouse, Curtis may be seen relaxing in a hammock in the first print. The second one shows Curtis’ Mutant Ape doppelganger riding a motorcycle off of a slime-covered volcano.

The new Rolling Stone and BAYC collaboration follows a limited-edition zine release last fall that sold out in thirty minutes. And considering how well both collaborations have gone, it probably won’t be the last.On the other hand, in response to allegations of racism inside the NFT, the founders of Bored Ape Yacht Club published a letter.