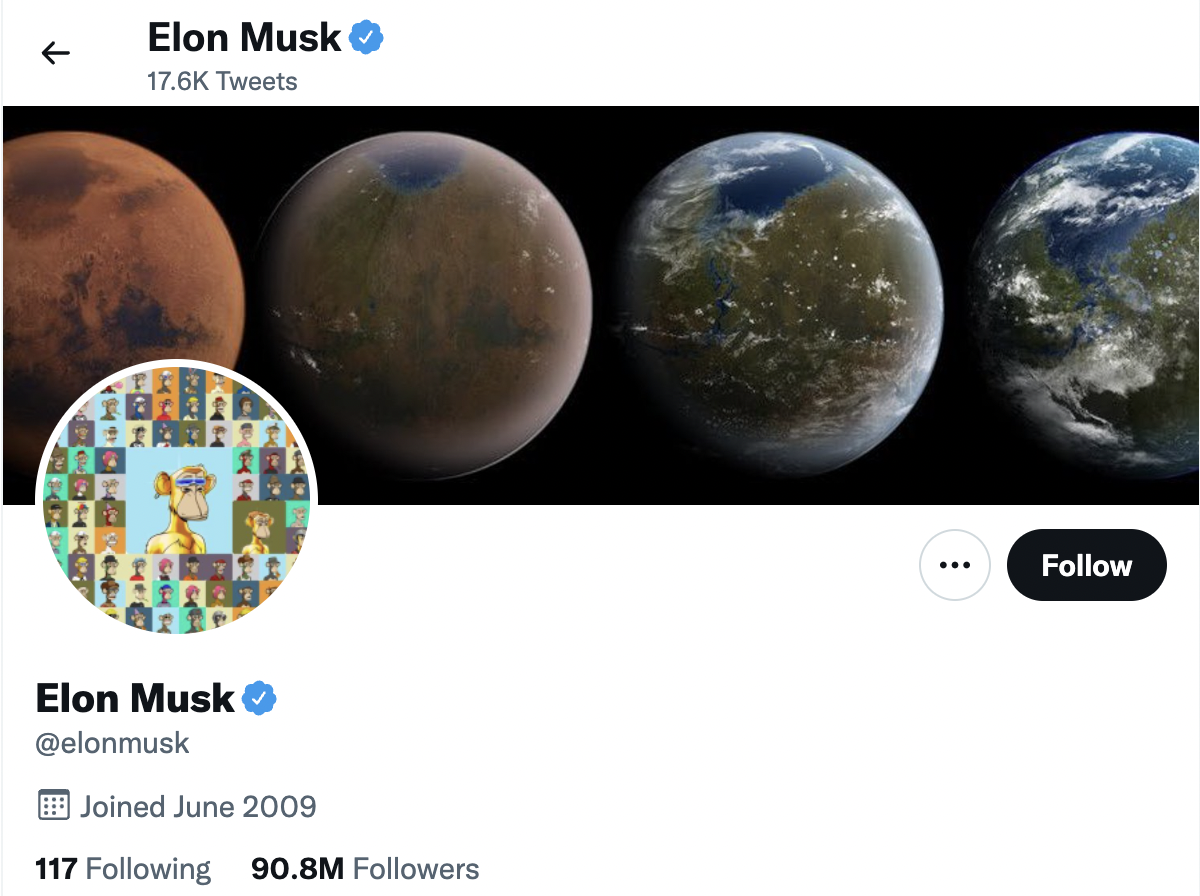 Just a week ago, the billionaire business tycoon Elon Musk bought Twitter for $44 Billion. Elon has been a big champion for crypto and NTF. Last year, he avidly posted ‘Dogecoin’ Tweet.

Today, the soon-to-be Twitter top doge has changed his avatar on Twitter into an image of a Bored Ape Yacht Club collage, signaling more blockchain direction in the near future on Twitter.

Bored Ape Yacht Club is an NFT collection of unique 10,000 primate artwork living on the Ethereum blockchain. It was collected by Yuga Labs back in April 2021 with a launch price of 0.08 ETH with was under $200 at that time. The most recent chart shows the floor price of a BAYC would be around 118 ETH which is $337,326.00 USD. Many celebrities have bought and used the BAYC NFT as part of their brand – the list includes Paris Hilton, Mark Cuban, Justin Bieber, and many more.

The past recent months BAYC fell prey to scams but hopefully more mainstream awareness and better security protocol would alleviate this pain point as we look forward to more mass adaption of NFT and blockchain on Twitter.