Hackers stole $2.8 Million worth of NFTs from Bored Aped Instagram

Today’s incident marks the latest high-profile NFT theft of Bored Ape Yacht Club. Earlier in April, they were victim to a similar phishing scam when their Discord server was hacked and one Mutant Ape ( a derivative project of BAYC) was stolen.

The Instagram account was a victim of the phishing targeted scheme where they were able to get their hands on pulling 91 NFTs worth at least $2.8 million.

Bored Ape Yacht Club tweeted – “There is no mint going on today. It looks like BAYC Instagram was hacked. Do not mint anything, click links, or link your wallet to anything”.

The phishing scam was conducted by claiming an airdrop of digital LAND for users who connect their digital wallets to claim. Unfortunately, Bored Ape had aspiration and direction of integrating into metaverse games that utilize virtual land. The phishing website promoted users to connect their digital wallets to approve a transaction and that was how the Bored Ape NFTs were stolen.

Co-founder of Bored Ape, Garga tries to address the situation, “We will be in contact with the users affected and will post a full post-mortem on the attack when we can. For now I would like to stress that 2FA was enabled on the account“. 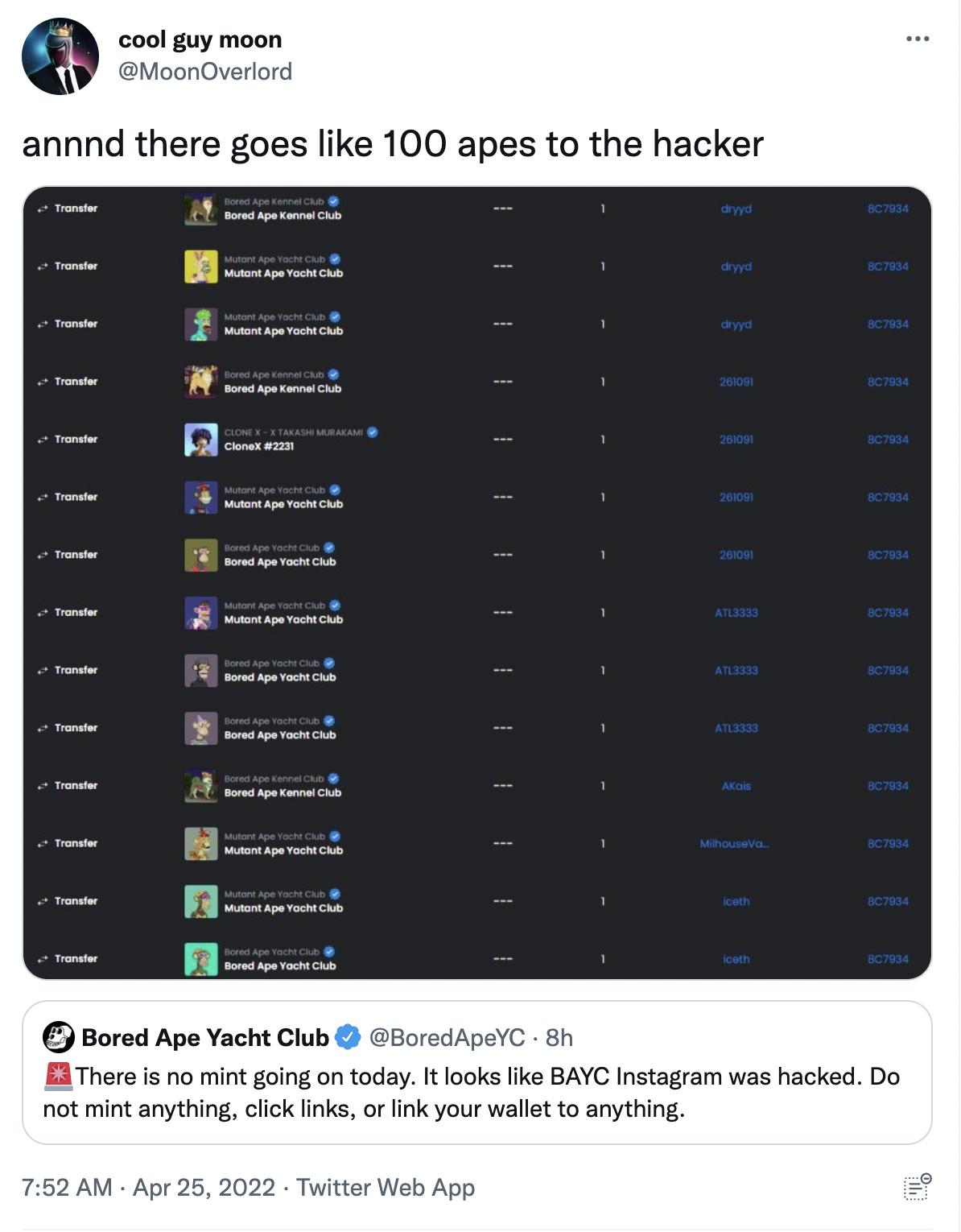 While he is contesting there were only 10 Bored Apes and Mutant Apes were stolen despite the report saying otherwise.

According to data from Zerion, the NFTs’ floor prices of their respective collection is over $2.8 million. The hacker’s wallet has been identified from the phishing scam. The collection includes four Bored Apes, three Kennel Club NFTs, six Mutant Apes, CloneX items for upcoming project EightBit, Alien Fren, and Toxic Skull Club along with a few more.