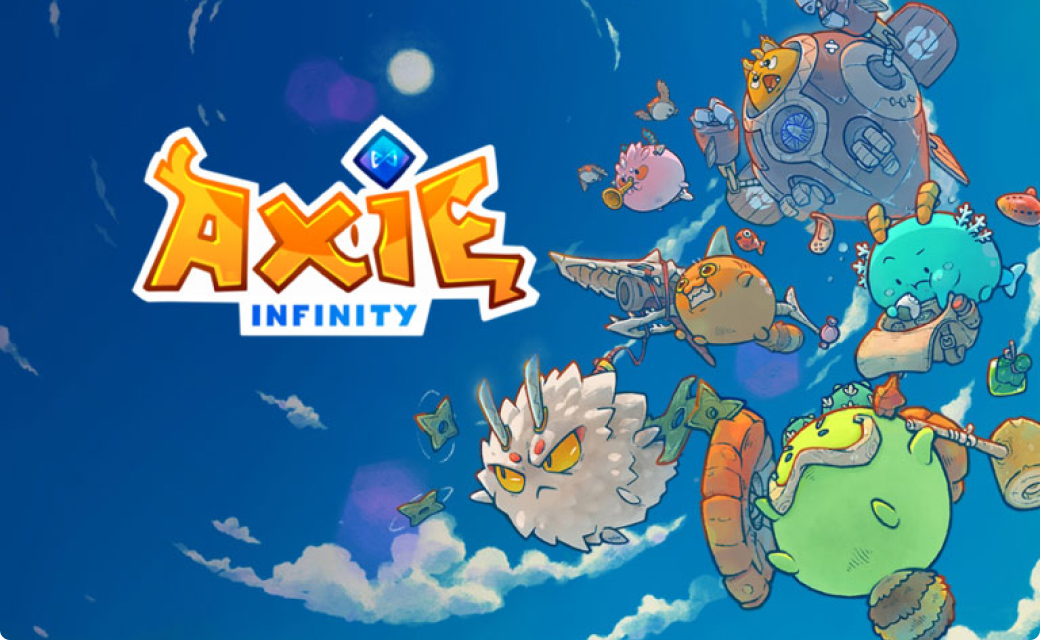 An overview of how the game and economy works

Axie Infinity is a Play-to-Earn game focused on trading and battling with creatures known as "Axies" (characters based on axolotl), which are digitized as NFTs. It was developed by Vietnamese studio Sky Mavis as a player-owned economy game using the Ethereum-base cryptocurrency. The game was released on March 2018, with huge growing success. Currently, it is a $3Billion valuation with some players have made a living from breeding and selling the digital creatures. The most expensive Axie ever sold $820,000. As of September 2021, the majority of players were based in the Philippines.

As a Play-to-Earn game, Axie Infinity has an economy build on the Ethereum blockchain. Below are the currency you will need to be familiar with.

I. The Axie creatures are NFTs -meaning they are ERC-721

AXS token It is used for:

Axies a digital pet where players battle, raise, and trade fantasy creatures called Axies. Players can engage in a 3v3 turn base auto-battle using cards as supports. The system is set up similar to classic RPG of using different roles like tanks, DPS and support role with blend of Pokemon elemental strengths and weakness. 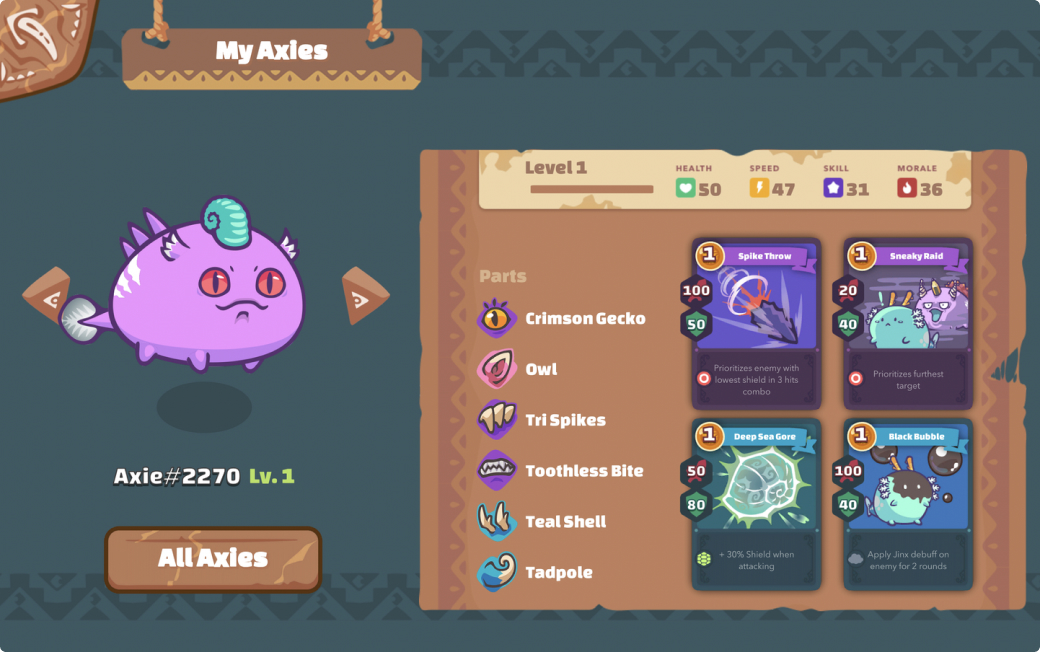 All Axies are unique NFT, meaning their value differs greatly based on traits, stats and quantity. These plays a pivotal role in-game performance and the market value of each creatures.

Each Axie has 4 stats, Health, Morale, Skill, and Speed.

Here's what they do:

HP- The amount of damage your Axie can take before being knocked out.

Skill- Skill adds damage when an Axie plays multiple cards at once (combo). The extra damage is calculated like this: (card attack * skill )/ 500

An Axie's stats are dependent on two variables: its class and its body parts. Stat Guide 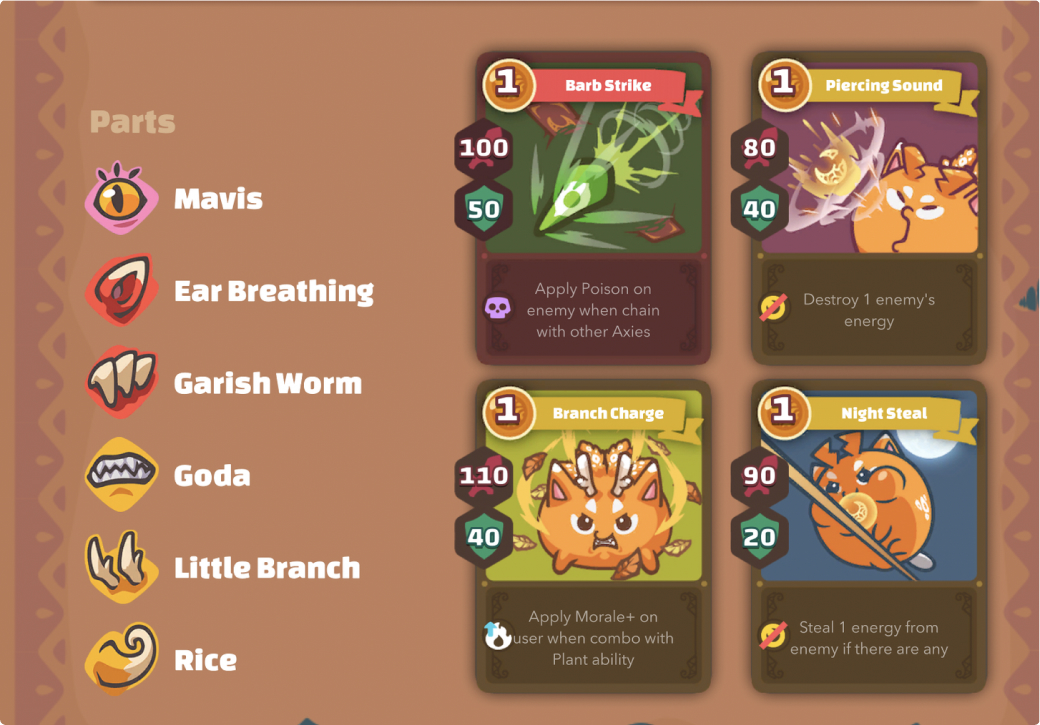 Each Axie has 6 body parts: eyes, ears, horn, mouth, back, and tail.

Horns, Mouths, Backs, and Tails determine which cards an Axie can use in battle.

Each body part adds stats depending on the class of the part:

Similar to Pokemon, Axie comes in different classes with advantage and disadvantage against other types. The bonus is 15% more or less depending on type. 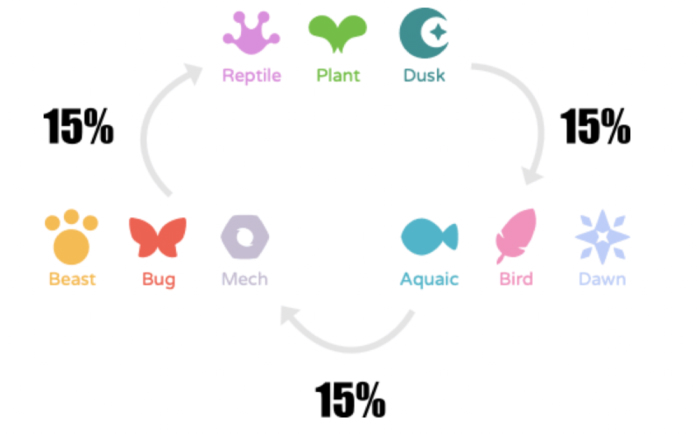 In addition, when an Axie of a certain class uses a card from its class it gets a 10% attack/shield bonus. For example, a Plant Axie playing a plant card will receive 10% extra attack/shield.

Important to note is that these bonuses stack. A Beast Axie using a Beast card against a Plant target will do 25% (10% + 15%) more damage.

Classes also effect the stats that an Axie has. Please review this sheet for an overview of how the stat & class system work.

We are covering the Arena mode. This is divided into two parts:

The Battle Phase is an auto-battler where you can cheer on your team and watch their setup play-out against the opponent. 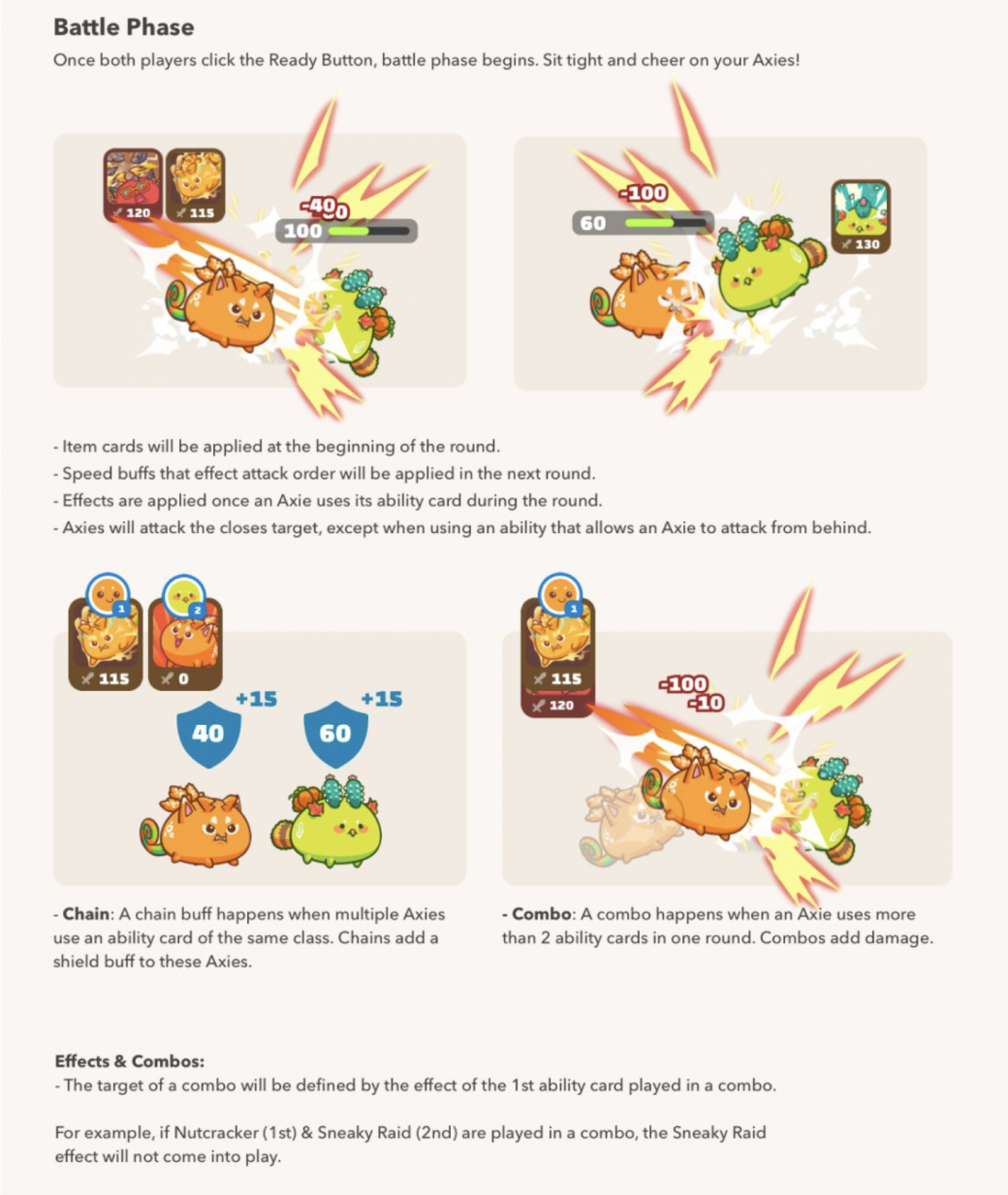 This is another key feature that many player focus on, since this is the primary source to generate the sale or improve your competitive edge in-game. Every Axie has the ability to breed with another up to 6x with use of Smooth Love Potion (SLP). SLP is a cryptocurrency on the Ronin blockchain.

After acquiring your SLP, choose the two Axie you want to breed. Breeding cost is different factor. Check out this breakdown. Breeding Guide 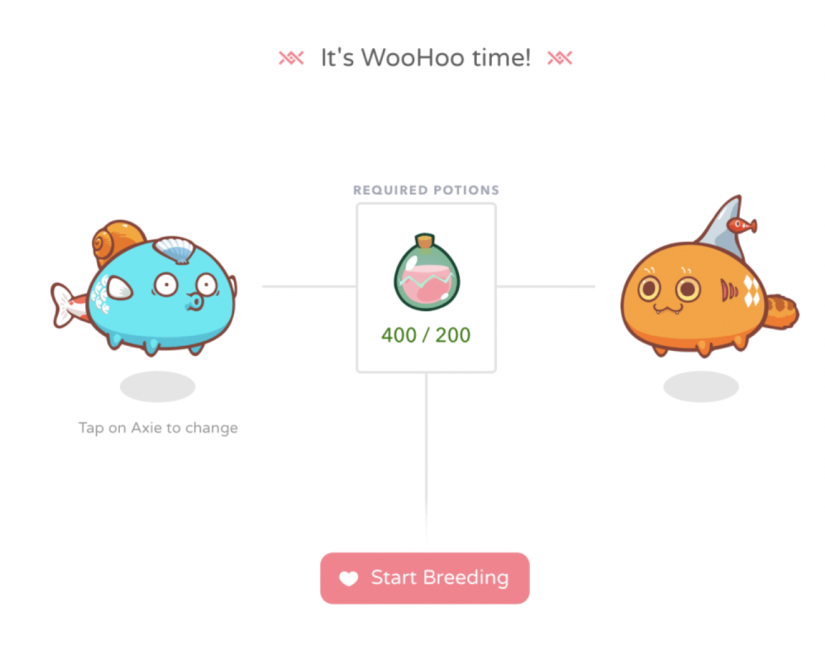 Players can sell their Axie on the Official Marketplace or buy from other players using ETH for the transaction.

How To Get Started